9/100 movies fell into this category, but what was interesting is that five of those films belonged to the Star Wars franchise. In fact, three of the fifteen top opening weekend movies are recent Star Wars movies from 2015 (The Force Awakens), 2016 (Rogue One) and 2017 (The Last Jedi).

The original trilogy is absent from the top 100 dataset. This is most likely due to the fact the reported sales figures are unadjusted gross.

So, Disney's Star Wars pretty much owns the sci-fi category. No surprise there.

We were curious if science fiction movies account for just under 10% of the top 100 opening weekend movies, which category was responsible for the most? Any guesses?

If you guessed the superhero genre, you'd be right. Thirty of the top 100 opening weekend movies were superhero movies and, more specifically, twenty-three were Marvel movies.

The Avengers, The Avengers: Age of Ultron and Captain America: Civil War are the most prominent opening weekend movies for Marvel. DC's most substantial openers are Batman Vs. Superman, The Dark Knight Rises, and The Dark Knight. Interestingly, Christian Bale's first Batman movie, Batman Begins is nowhere to be seen in the top 100.

By the way, we're not sure if we broke the rules of movie fandom by classifying Guardians of the Galaxy as a superhero movie instead of sci-fi. They are in the next Avengers movie after all.

Finally, we examined the opening weekend data by year to explore any correlation. The chart shows a linear relationship between year of release and opening weekend gross intake. 2015, 2016 and 2017 were fantastic weekend opening years for the movie industry, although 2014 deviated significantly from the increasing revenue trend. However, it is important to note that we're only talking about opening weekend revenues here, not yearly totals.

Just in case you are curious, the last chart below shows you the top 100 opening weekend genres - this shows the dominance of some categories over others. 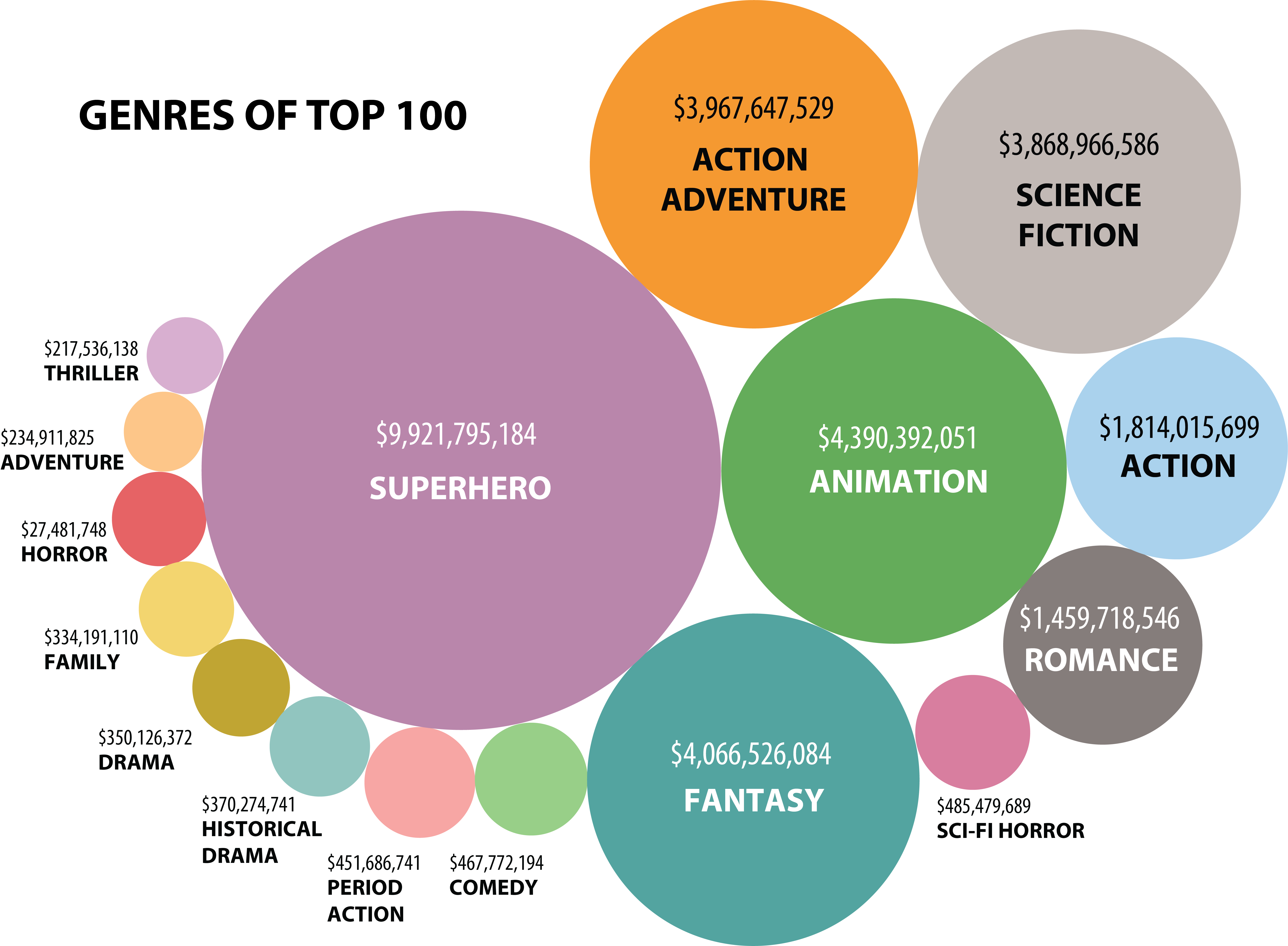